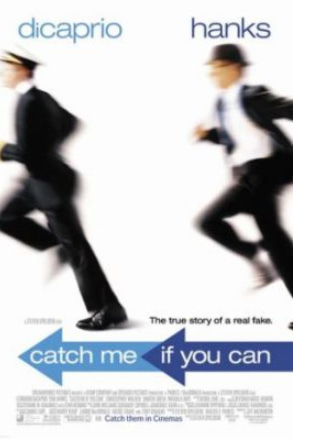 The Catch Me If You Can (2002), director Steven Spielberg, is an amazing movie based on real events. The essence of the film is Spiritual Choice.

Actors Tom Hanks and Leonardo DiCaprio played the main characters as naturally as if they were these characters!

The film began with a scene where viewers should recognize the real Frank among three men. The most important was the issue of Choice. The question was addressed to the first Frank, a fake.

Firstly, this answer could attract the attention of viewers. Secondly, the real Frank would get an extra dose of secrecy. Also, he could get additional sympathy from the audience.

But, why didn’t the real Frank have a choice? This is what we see next in the film.

The boy was thrown into confusion due to the divorce of his beloved parents. Rushing between mom and dad, Frank ran away from both of them to avoid an emotional storm.

After that, he was forced to do everything possible to survive; he had no choice.

A teenager is faced with the cruelty of materialistic reality, and, above all, that every independent step costs money.

From a spiritual point of view, this part of his life path was predetermined.
Getting money, a person gets this opportunity to acquire the missing energies and/or qualities.

Even before the parents’ divorce, we see that Frank had a high “mechanism” of self-defense – an episode of his transformation into a school teacher.

After that, using the inheritance from his father – “mouse prayer” and empty bank checks, Frank, thanks to his quick wits, succeeds, ensuring his physical and emotional survival.

Further, at the end of the film, Frank is faced with a real Spiritual Choice.

He hesitates. He must decide whether to continue the FBI or move on to an illegal path, life without constraints, i.e., to have Freedom.

My rating on IMDb