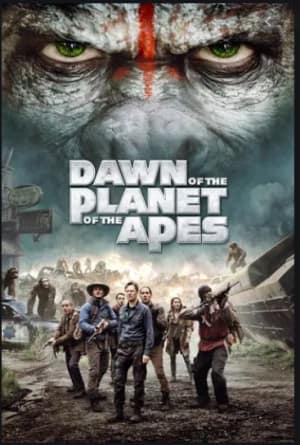 The keyword in the movie Dawn of the Planet of the Apes (2014), director Matt Reeves is duality.

Duality is a component of low consciousness, where spiritual beings divide the World into two different parts – BLACK and WHITE, GOOD and BAD, WE and THEY, etc.

Similarly, in this film, the World is divided into Apes and PEOPLE.

Another essential element in this film is labeling.  Labeling is the little brother of duality.

For example, if you are an Ape but sympathize with People – you are a Bad guy; however, if you hate People and fight with them – you are GOOD.

The main character in this story is the Cesar ape.

Due to his consciousness’s development, he realizes that neither duality nor labeling has anything to do with truth. In essence, any monkey can be as bad as any person, and a person can be as right as an ape.

In other words, the primary criterion of “who are you” is based only on the values that you follow.

In confirmation that belonging to the race does not confirm souls’ identity, we observe the contrast in leadership among apes.

In conclusion, the film Dawn of the Planet of the Apes (2014) is a thought-provoking film with essential spiritual elements, and I would recommend watching it with the whole family.