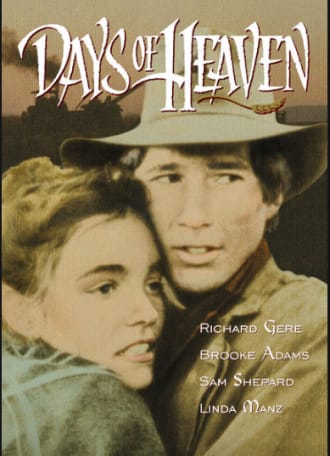 The keyword in the movie Days of Heaven (1978), director Terrence Malick, is PRIDE.

The protagonists are unmarried couple struggling to survive.

Bill is a man with an older and more advanced soul than another Terrence Malick’s protagonist, Kit in Badlands (1973).

His emotional field is better developed. He expresses anger towards his boss, compassion for his companion, and tenderness to his sister.

However, his soul is still in a very immature condition.

He cannot predict the consequences of his actions (i.e., the scene with the factory’s boss) or make proper planning of his actions and implement his own ideas.

Prompted by pride and a desire for a better life, Bill seeks a shortcut to becoming rich. However, due to low consciousness, he does not see the consequences of his actions.

Bill accidentally causes harm to another person (the husband of his girlfriend), which leads to the man’s death.

This action generates negative karma* for Bill and punishment – the loss of his young life.

He is forced forever to leave his beloved girlfriend and sister.

Punishment by karma always indicates that a spiritual being follows the values of Light.
As a result of karma, suffering is an opportunity to rethink what has been done and improve yourself.