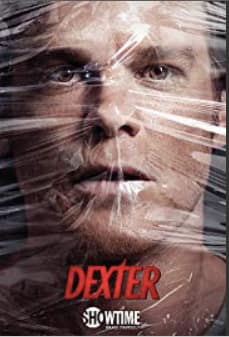 The Dexter TV Series (2006-2013) by creator James Manos Jr. is a great TV show with spiritual elements and a Spiritual Choice.

The is a story about Dexter, an individual who survives by following his foster father’s principles.

Dexter feels lonely because he is different from others.

The main difference is the desire to feel fear and pain in people. This aspiration comes from his subconscious. That is to say, Dexter is not able to change himself but must follow his life script.

Although he is a serial killer, Dexter elicits sympathy because he removes other murderers from the world, those that are obsessed with unjustified cruelty. This is how his foster father “programmed” him, with Dexter’s acceptance.

Above all is the protagonist’s Spiritual Choice*.

Subsequently, Dexter meets his own brother in blood, who introduces him to false freedom** and offers a true brotherhood.

Dexter is pushed to choose between two directions – darkness and light.

In the first case, he would follow his brother by their common fate.

In the second case, he would follow help people get rid of the serial killer and save his foster sister.

he chooses the Light

Dexter selects the second one.

Consequently, life gives him a new chance to integrate into human society and go farther towards the Light.

*In most cases, a content of a spiritual choice is designed before the soul’s embodiment into a new life.

In other words, the soul will appear “at the right time, in the right place and into the right circumstances” with the designed life script given by our Higher Brothers.

no Freedom in the Darkness

**Most importantly, there is no Freedom in the Darkness. To clarify – freedom as a value belongs to Light only.

However, the Prince of Darkness is very skillful in using any means to catch a naive soul and drags it into his pool.

In other words, if Dexter had chosen his brother, he would have become dependent on him and, as a result, would have lost his Freedom and Free Will forever.