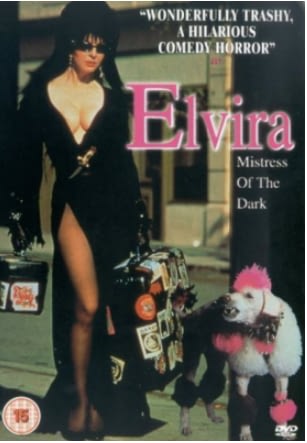 Elvira: Mistress of the Dark (1988), directed by James Signorelli, is a thought-provoking movie with a spiritual core.

A slogan to the movie: Separate the grain from the chaff!

separate the grain from the chaff

“Separate the grain from the chaff” is one of the most important biblical postulates. But how many of us follow it in everyday life?

Being “busy,” we often follow mass-consciousness taken things in the “easiest way”.

For example, one of those ways is labeling.

However, labeling is a tool of a prude (a hypocrite). And hypocrisy is a demonstrative form of piety with the secret or sheer infidelity of the ideas professed.

In “Elvira: Mistress of the Dark,” we meet with an entrepreneurial-minded Elvira, who appears in a town of hypocrites.

The ambitious entertainer experiences ups and downs and even take some risks.
Driven by her goals, she rips off the masks from the goodies and, as a result, faces real danger.

Summing up:
Analyzing Elvira’s behavior pattern, we see that she achieves her goals by her own effort and courage.

She uses neither deception nor mistreatment of anyone but achieves her targets on her own efforts. Therefore, she is not a spiritual entity with a direction towards Darkness.

Despite the great content, the title of the film” Mistress of the Dark” is misleading.

This is my rating on IMDb.