A keyword in the TV-series “Game of Thrones”, Creators David Benioff, D.B. Weiss is COURAGE.

The world described here is on a dense planet with a very low collective consciousness. The lifestyle and mindset are close to the Dark Ages in European history on our Earth.

These are several clear signs of low consciousness:

The system of values 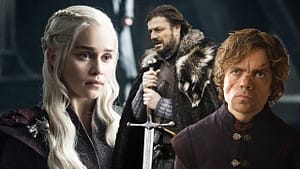 The social and economic position of women

As a virus becomes active only in a body with low immunity, the Dark entities enter this physical world due to further degradation of the collective conscious.

People are losing touch with nature, inhabitants of the forest, and spirits… The price for that is suffering.

In this story, the suffering comes from a life-threatening White Walkers, the Army of the Dead.

There is neither a unified religion nor a church as such. However, there is a belief in God and, in the older worship, in the woods’ spirits.

There are some sects, with the most powerful one being a Sparrow Sect. That sect suddenly became very strong.

As a result, even members of the Royal Family got vulnerable and were not protected from the sparrows’ punishment. 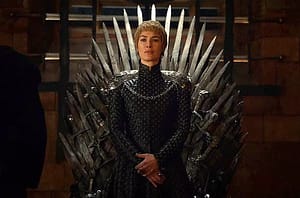 The rulers’ final goal is the throne, and the driving force for them is an act of revenge.

However, there are sparkles of the highest intangible values towards Light.

As a result, few people in this dark world are driven by Courage, Honor, Love, and Justice. That lifts the meaning of existence in that world and provides Hope.