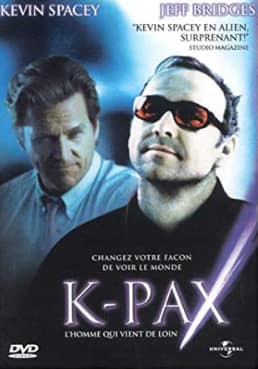 The K-PAX (2001) by director  Iain Softley is a film about two souls’ embodiment in one human body.

One of these two souls is Prot, an alien from a faraway galaxy. The other is an American man, Robert, who is friends with this extraterrestrial.

the complexity of a human being

The movie’s plot creates a chance for spiritual awareness because it shows the complexity of a human being.

For example, a physical body is demonstrated as a cover, a sheath for one or several souls.

As a result, any soul could be embedded in any physical body.
Therefore, a physical body is not an Individual itself*.

Another strong spiritual point in the movie is compassion.

The impulse of compassion began from the extraterrestrial Prot. For instance, he has a positive perception of the mentally ill people in the hospital, supporting them.

Further, we also see a humanistic approach that Prot takes towards Robert.

Prot’s compassion touches a psychiatrist Dr. Mark Powell. Thus, he is inspired to spend his time and energy on a search for truth and personalized help for the damaged Robert.

*After interviewing some Westerners about whether they believe in reincarnation, I was surprised to find that 99% of them did not.

In other words, most people in the Western world believe their existence will end at their physical body’s death.