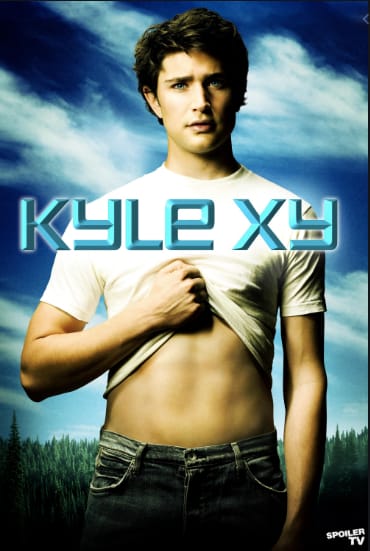 Fifteen-year-old Kyle appears from out of nowhere and asks himself that question: “Who am I?”

Kyle expresses continuous gratitude to his adoptive parents and tries to avoid anything that could hurt them. He is kind to his girlfriend and truly cares about her well-being. Kyle says that “she is perfect”.

Unfortunately, Kyle’s attitude toward his parents and friends does not apply to the “normal” teenagers around him.

The spoiled girls and boys take for granted everything that has been given to them. They look for entertainment in bad relationships and alcohol.

Cynically moving through their lives, they don’t bother with kind words for their significant others. For example, Kyle’s brother-in-law comments about his girlfriend, “She stinks of sweat”.

In the best-case scenario, a “normal” teenager cares about a sport mostly because it represents a chance for him to become “the best”.

However, this intention is not based on the idea of developing his personal spiritual strength. Rather, it stems from personal pride—the desire to show off and be better than others. This attitude results in separation from others and, in the long run, creates loneliness and frustration.

Unlike his peers, Kyle thinks about collective justice and benefits for others rather than for himself.

The second keyword in this series is “ignorance”.

Most of the teens ignorantly squander their large inheritances.

Our current existence in the human life form is an investment of thousands, or even millions, of spiritual embodiments.

In our previous lives, we worked very hard for the chance to be embodied in a human body. To be human is a reward, which, following Hindu beliefs, could also be taken back.

Because of some positive karma that they collected in their previous existences, these teens earned the opportunity to live in an economically advantaged environment. Such surroundings provide greater opportunities for personal growth than do developing countries.

Unfortunately, in the very early stage of Christianity, the concept of reincarnation was cut off, and an individual was thrown into the concept of a one-life existence.*  That has shut down an opportunity for the individual to obtain a deeper understanding of himself.

As a result, average Westerners seek only a “nice” current life, without looking beyond and seeing the tough work they have done throughout an uncounted number of incarnations.

* Reference: Victor E. Smith, the novel “The Anathemas: A Novel about Reincarnation and Restitution.”