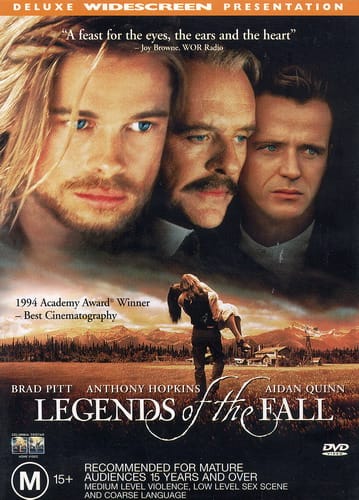 The movie Legends of Autumn (1994) by director Edward Zwick is worth a look.

My favorite hero here is Colonel William Ludlow. The father of three sons, he lives in the middle of nature, away from urban civilization.

separation the wheat from the chaff

Throughout his life, Ludlow constantly evaluates people and situations; in other words, he solves the difficult task of separating the wheat from the chaff.

Most importantly, when he teaches his sons what is true and false, he gives them the freedom to make their own choices.

William is consistent in his principles and does not depart from them even at officials and his son’s insistence.

These features reveal a mature soul in Ludlow, a soul with established qualities towards the Light, and a deep understanding of Light’s intangible values.

Another fascinating character in this story is Susannah Fincannon.

Being the bride of Samuel, one of the Colonel’s sons, she develops a passion for another son, Tristan.

As a result, she loses her balance of mind.

Therefore, on the way to her imaginary happiness, Susanne twice makes a strong mental statement, wishing death to people “on her way.”

However, unable to achieve her desires and return to mental balance, she suffers deeply and commits suicide.

Summing up: be careful of your desires and take care of the mental balance.