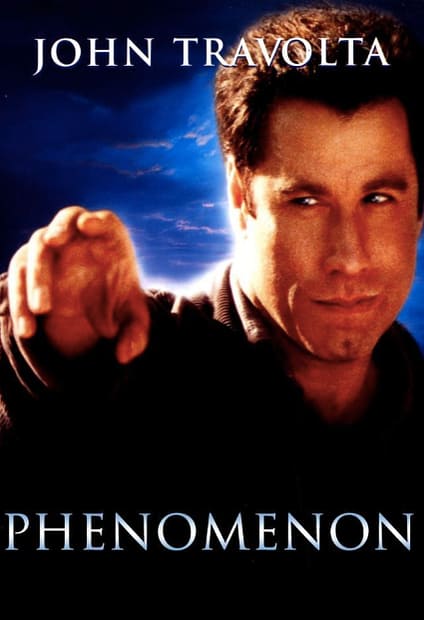 The Phenomenon ( 1996), director  Jon Turteltaub, is a great movie with supernatural and paranormal elements.

The main character, George (John Travolta)), an average guy from an average place,

affected by a supernatural phenomenon of unknown origin.

Physically, George is staying absolutely the same, but the “phenomenon” influences him internally and changes the world around him.

As a result,  the protagonist experiences such paranormal things as psychokinesis, super-fast learning, and enormous operational power.

George gets fatigue-free, upgraded vision with an understanding of things in-depth and, above all, synergy with nature.

Most importantly, the story reveals that all things in the Universe have an energetic origin, and everything belongs to the Law of Energy.

Consequently, everything could be observed, analyzed, and changed on the Energy level.

As a result, this idea is widely used by healers, for example, in the PRANA-healing methodology, which is unfortunately unknown by most of the Western-world.

Moreover, a movie’s watcher sees an amazing partnership of the protagonist with all things around. So, George truly enjoys a synergy with nature.

After that, you will ask yourself if you would prefer to live a long but ordinary life or rather enjoy the phenomenon, but for a shorter existence as the protagonist did.