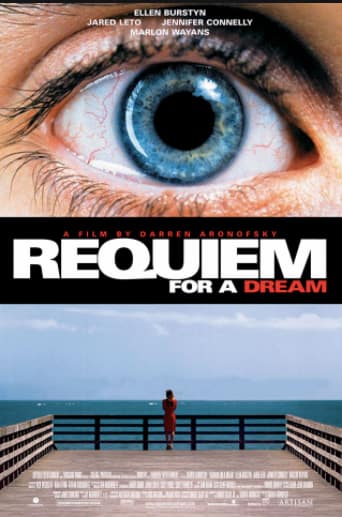 The biggest problem in the western world is IGNORANCE.

A modern westerner is not aware of “Who he is”.

Centuries ago, the Church under political pressure cut off the concept of multiple lives from people, leaving them with a very limited understanding of “Who they are“, with a focus on “only current life”.

Thus, the young generation ( and not only them) without seeing the paths they have done in the previous incarnations blindly following wrong values such as getting pleasures in any way.

They are not able to realize how much work and effort they had done through infinitely many incarnations in accordance to be born in this life not only in a human’s body but also in an economically developed country.

Therefore, instead of setting new challenging goals in their life project, they seek “pleasure”, a nice life, and easy income.

Only one of the protagonists – Harry’s mom has got a goal. We have to admit that she can set up a strategy and tactics for achieving it.

However, she, like many others infected by blind consumerism, takes “an easy” approach to achieve her dream and ends badly.

life is a challenge

We have to remember that life is a challenge, and we have not only to prove to the Highest Ones that we are worthy of the human body but also that we can develop ourselves higher for sooner or later entering an invisible hierarchy of our Spiritual Father.

A better picture of ourselves (reincarnation concept) would allow modern personalities to have a greater vision and fewer mistakes.

As one of the greatest humankind teachers Gautama the Buddha said: “Everyone is fully responsible for his own life”.

And this is great advice for speeding up self-improvement and achieving the ultimate goal of humankind – redemption from the physical reality and further development in the Upper-scale worlds of our Creator.

More about reincarnation find in the fictional novel Redemption.