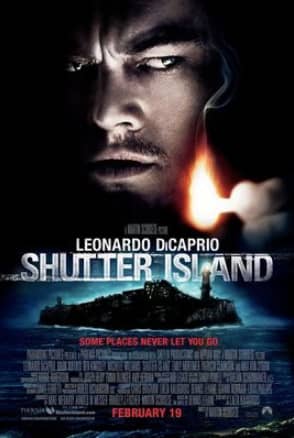 Shutter Island (2010), director Martin Scorsese is a dramatic thriller with a karmic aspect.

I got a link to this film in a review of the movie Lazarus Project (2008), which was said to have similarities.

Indeed, both films are set in psychological clinics. However, in my opinion, the basic idea of  Shutter Island is close to The Machinist (2004),

Both in “Shutter Island” and in “The Machinist,” the main character is the one who makes a fatal mistake.

In “The Machinist,” the main character Trevor knocks the boy out of the car and leaves him unaided. Similarly, in “Shutter Island,” Teddy commits a crime by killing his mentally ill wife.

As a result, both protagonists are struck by the negative karma that reaches them in their current lives.

On the other hand, there are significant differences in these stories.

Trevor (“The Machinist”) is a smart guy who can hide the bad deed, so society does not know about it. Therefore, the man is the only one who commits a crime and pays for it.

However, in “Shatter Island,” both Teddy and society are to blame and have karmic (payment) obligations.

But the sin of society is not obvious. The society accusing Teddy of a crime avoids responsibility for its own guilt *.

Negative karma follows the society that must devote enormous resources to keep Teddy in an isolated psycho-clinic.

In conclusion, accepting its sin would lead society to collaborate with Teddy and restore his own identity. Denial of the guilt only prolongs the game between them.

* Teddy had been very busy serving society at the best of his abilities – he had a stressful job. Society knew about the mental problems of Teddy’s wife but did not provide the necessary assistance.