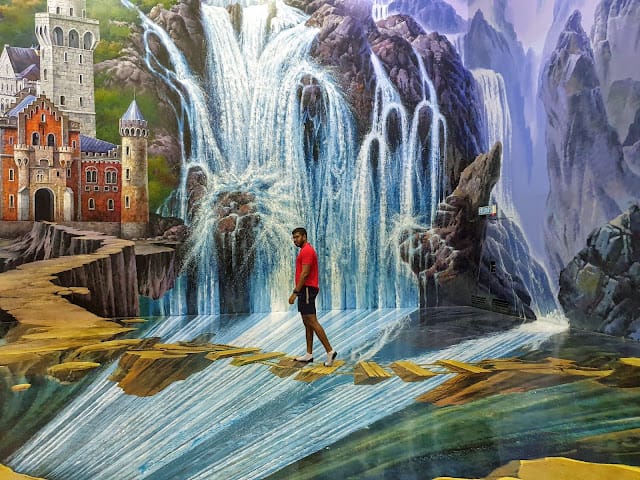 According to contactees* with Supreme Consciousness, we live in a transition period from the fifth to the sixth human race. That is an extremely challenging time since the results of the previous era are summed up, and humans’ destinies are decided. That’s why the Spiritual Choice of each of us is especially important in this junction period of time.

A tiny group of the very best people will receive liberation** from the physical world and enter the Upper realm. The best of the population (roughly a third part of the planet) will upgrade and shift to the Earth’s 6th race.

The souls of people with a lowered energy and spiritual potential will be transferred to the denser worlds of our God’s Hierarchy. 10% of the Earth’s total population, about 800 million people, will be decoded. Decoding of a soul means spiritual death, no return back.

There is not too much time left to correct errors and wrongdoings, i.e. negative karma; therefore, we have to focus on the most efficient tools and methods to lift our own destiny.

One of the most efficient methods is Spiritual Choice.

** Liberation is deliverance from physical reality, i.e. samsara and reincarnation.

What is Spiritual Choice?

Spiritual Choice is the main choice of one person or a nation, which influences their destiny for a long period of time. The consequences of one Spiritual Choice can affect several lives of an individual and the millennia of a nation.

As a Spiritual Choice is a “no-return” point that affects invisible and non-tangible matters, such as consciousness and mentality.

The best case to describe a Spiritual Choice is through someone’s life story in a film or a novel.

Free Will is the main tool to execute a Spiritual Choice.

It’s given to a human for differentiating himself and defining his Spiritual Direction.

Following the latest information, Free Will is not available for all people.

The Law of Reincarnation works only in the lower spheres. The physical world on our planet Earth belongs to such spheres.  A short physical life is given to a person with a purpose – the shorter the project, the easier it is to implement and fewer mistakes occur.

The Laws of Evolution and Change are the main driving forces of human evolution. The great spiritual teacher Gautama Buddha said that nothing is permanent; everything and everyone is changing every fraction of a second.

Law of Cause and Effect

A Law of Cause and Effect, i.e. Law of Karma,  helps people to understand that each doing matters. This Law is always about correcting mistakes. This chance is given only to those souls who have not made the Final Spiritual Choice toward Darkness.

It works effectively by providing practical cases and situations in which the person himself would experience injustice, such as if he hurt someone.

Explanation of Spiritual Choice vs Other Choice

A Spiritual Choice is programmed and integrated into a human’s life scenario before his birth.
A Spiritual Choice always has a higher energetic potential than a person itself; therefore, no one can escape it.
The daily choice has a low energy potential; it could be easily replaced or changed to another choice. For example, “What to drink? Coffee or tea?” You can choose either of these two or get juice or water instead.

A Spiritual Choice is given to a person very rarely – only once or twice per his human life and only to a mature person who has done certain life achievements and gained some current-life experience.
You face a daily choice frequently, i.e., every day, several times per day.

4.  Duration of a Spiritual Choice

5. The role of persistence in Spiritual Choice

Spiritual Choice provides a long-time term duration of human exposure. Most significant, however, is the totality of spiritual choices. In other words, it is important how persistent a person is in his chosen spiritual direction of movement.
The best sample of multiple Spiritual Choices toward Light is presented in the novel Redemption by Jacklyn A. Lo.

6. The influence of Spiritual Choice on a person

The effect of a Spiritual Choice on the inner vibrations is more than significant. A Spiritual entity* can dramatically upgrade its intern world by higher vibrations of Light. The amplitude of inner vibrations will dramatically increase, providing an upgrade of consciousness and following “enlightenment”. The recommended film is the Rite (2011).
A Spiritual Choice towards Darkness would bring the brutality of Darks and degradation of consciousness. A Reference film is Bram Stoker’s Dracula (1992). A daily choice does not affect the soul’s vibrations.

7. Spiritual Choice as a trigger

Once a Spiritual Choice is made, it’s impossible to go back.
Spiritual Choice works as a trigger for a further life path, which is already programmed for this Choice. Please check my review of the feature movie Fearless (1993).
The number of pre-programmed lifepaths is normally two-three. An average person can’t see them beforehand, but some spiritually advanced people, i.e. clairvoyants, can make accurate predictions. Please find my review of a great film with the clairvoyant and healer via the link –Rasputin (1996).
A daily choice can be replaced by another one easily. For example, you prefer to have a cup of coffee in the morning, but in the evening you drink tea.

9-10. Spiritual Choice toward Light or Darkness