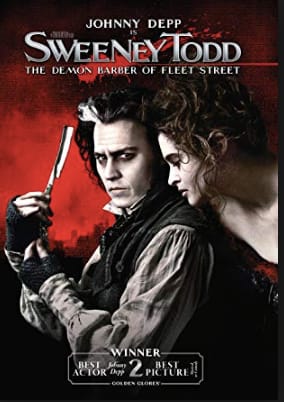 This article is about anger and anger management and is based on the film ” Sweeney Todd: The Demon Barber of Fleet Street (2007)“, director Tim Burton.

The movie is about Benjamin Barker, who, being conquered by his angry mind, became a murderer and finally murdered himself.

Once unjustly convicted and imprisoned, Benjamin Barker returns to his hometown. Led by his annoyed mind, he programs himself for revenge and changes his name to Sweeney Todd.

Like that, the protagonist, putting all his effort into vengeance, is not capable of catching either hope or any opportunity in his new life. As a result, his anger spreads and hurts innocent people.

Moreover, Benjamin’s mad mind pushes him to murder anyone who enters his barbershop. It doesn’t matter who is in front of him. Whether it’s his offender (Judge Turpin) or anyone else, his anger hits everyone.

Most importantly, as he steadily turns towards Darkness and shuts down a new and brighter future. That affects not only himself but also others, for example, his teenage daughter and his new spouse.

In the Western world, revenge is an acceptable reaction to someone who has made you unhappy. People fight against those who insult them because they think they have lost their happiness due to an injustice enacted by the offender, not because of their imperfections.

When an angry person hits back at his offender, he makes the problem bigger, creating the same effect as pouring petrol into a fire – the fire becomes larger and more dangerous.

The Eastern world, such as India, teaches that instead of gasoline, you need to pour water into a fire that extinguishes it. This statement is based on the experience of spiritual wisdom and meditative practices.

That essentially means that if you have been offended, you must observe your emotional state and keep your mind above the situation. In this case, a balanced mind can become a friend and won’t give anger a chance to push you towards words or actions, which would badly affect your future.

Some people might argue that they want to hit back at an offender because that action would teach the offender a lesson. Also, they would get the personal satisfaction of the protection themselves. However, this is a reaction of your ego; reality shows that hitting back does not make things better, only worse.

Hatred absorbs a lot of time and effort; you shift your focus from life’s goals to the distracting direction of revenge. You risk turning your life into hell – irritation and anger as a chain reaction jump up from the offender to the innocent one, hurting guiltless people only because they were in the way!

The worst thing happens on the deeper level of the subconscious.

Going for revenge, an insulted person would generate a new karmic node with each offender. This would require attention, if not in this present life, in the next.

He will meet the same spiritual entity, again and again, to solve this problem and unleash the karmic node. This involves extending his existence in the physical world and prolonging his path to liberation.

One person who lived on the Earth about 2,600 years ago invented a technique to help people manage anger.

That technique was a remedy addressing any imperfection of the human mind, creating the chance for full enlightenment. Consequently, it provided a fast track to liberation.

This person is best known as Buddha, but his real name was Siddhartha Gautama. 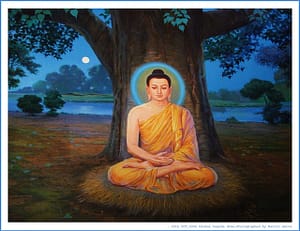 Gautama Buddha was a great teacher for anger management and inventor of Vipassana Meditation. Gautama became fully enlightened at the age of 35 and, driven by compassion, helped people until his death at the age of 80.

Transformation of negativity into positivity

Every one of us, time after time, has faced a situation with a person who has insulted us.

Buddha was no exception – he also met offenders; however, he could transform negativity into positivity without hurting the affronter. Consequently, he also gained extra psycho-energy for himself.

In this article, I would like to provide two examples of how he did it. I heard these examples on the  Vipassana meditation course.

One day, Buddha received a visitor. The man was very irritated. He told Gautama that though he pretended to be a spiritual guru, he wasn’t because, according to the man, a true yogi was supposed to have long hair, tiger fur, and other accessories.

Buddha listened to the man without interrupting. When the offender finished, Buddha asked him, “Are you, dear sir, getting guests in your house?”

“Yes, I am,” answered the offender.

“Do they give presents to you?”

“Yes, sometimes they do bring me presents.”

Buddha said in a calm voice, “I do not accept your present to me. Take it back and go home.”

The offender wanted to fire but left with empty hands because the fire died when Gautama poured water on it. The offender had no other option than to turn back and go home.

We both know the truth.

Some people were jealous of Gautama’s fame and popularity. They decided to damage his reputation.

They sent a young, beautiful woman to his ashram, and she attended Buddha’s teaching. Every morning the woman passed the people in the ashram and told them she had spent another night with Gautama.

Time passed, and one day many important people gathered in the Buddha’s ashram. The woman came also. It looked like she was pregnant.

She accused Gautama of being the father, using nasty words. Buddha listened to her and said in a calm voice, “We both know the truth.” The woman became nervous; the wooden piece attached to her belly dropped out, and everyone saw that she had lied.

Keeping your mind in balance gives you a great advantage in a situation when you face an offender who has the intention of making you unhappy.

A trained mind that focuses on positive decisions will help you figure out the right solution for the problem you face.