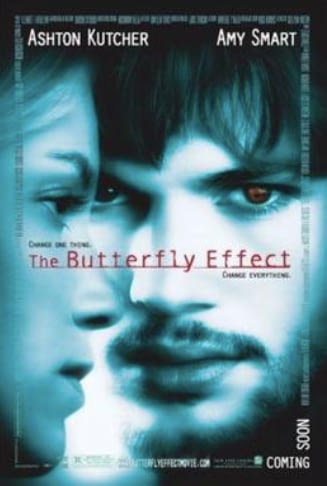 Although we live in the physical and metaphysical worlds, the average Westerner understands that he exists only in physical reality.

What science cannot explain is considered supernatural and has nothing to do with the “norm”.

However, according to the Reality Transurfing theory by contemporary Russian mystic Vadim Zeland, an infinite number of real-life scenarios are spread in the past and future.

For example, you can achieve a better or worse life scenario following your thoughts and mental statements using visualization.

In  The Butterfly Effect, the protagonist, Evan Treborn, has a supernatural ability.

For example, he can go into his past and, as a result, influence the life scenario of his own free will. That is, a small change in his mental state gives rise to a new life scenario, slightly or entirely different from the one he experienced before.

Free Will and Destiny

Above all, this film is an excellent example of the coexistence of Free Will and Destiny, where Free Will works as an instrument of choice, and Fate acts as a scenario of a fixed reality that already exists in space.

As the Chaos Theory’s main principle, the title of the movie “butterfly effect” does not give a clear interpretation of the supernatural phenomenon described in this film.

However, the theory of “Reality Transurfing” perfectly explains this.