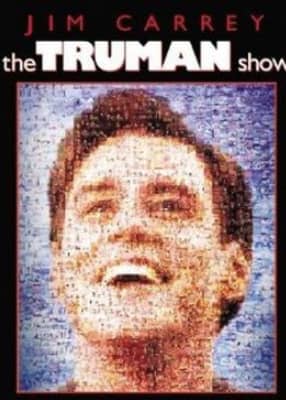 In the movie The Truman Show (1998), director Peter Weir emphasizes the spiritual power that Man can achieve.

The plot is an allegory of spiritual-virtual reality created for the protagonist – Truman Burbank.

And all the conditions, including the environment, people, and situations, are created to develop his consciousness, that is, his soul.

Moreover, the “one-man show” is dedicated to the problem of getting rid of the illusion of attractiveness of our materialistic reality.

Thus, the “Higher World,” which the director of the show and his team represent, invests a huge amount of resources in achieving the evolution of just one person.

The young and charming Jim Carrey is magnificent in the role of Truman Burbank. This character is probably the most positive role Jim Carrey has ever played.

Meanwhile, the film’s culmination occurs when the director of the show dramatically increases the intensity of the storm.

As a result, Truman almost dies in the waves. Therefore, this can be seen as an allegory of spiritual testing and the victory of Burbank.

The end of the film is open: what will happen next with this guy?

To summarize: this film is a great example of how a very complex spiritual concept can be translated into an entertaining film.

Recommended for any spiritual seeker!

See my rating of the film on IMDb.