The Tudors’ Sweating Sickness vs. COVID-19 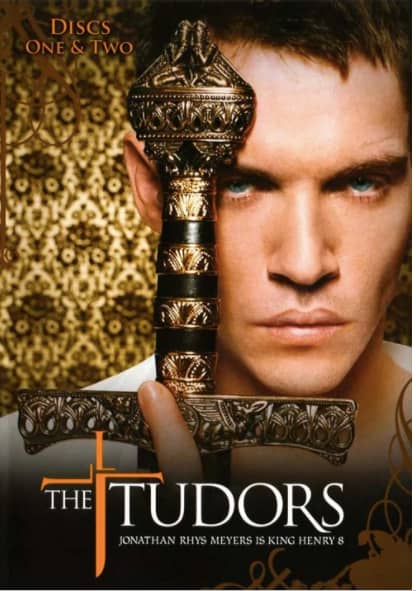 The Tudors, TV Series (2007–2010) by Creator Michael Hirst, is a high-end film with Spiritual elements throughout the plot.

In the first season, the seventh episode of the series, we are faced with an epidemic that occurred in 1528.

Let’s look at the similarities and differences of these two epidemics – Sweating Sickness in the 16th and COVID-19 in the 21st century.

There are the following similarities in them:

Even 500 years ago, people understood that the disease is speeded around from human to human. So, they use scarfs as masks to prevent virus inhalation. They also isolated a sick or the one who contacted the sick from healthy ones, organizing a home quarantine, etc.

The King of England, Henry VIII, was aware of the human immune system. He believes that the body’s resistance to sickness could be increase by tinctures and additives. And he used them not only for himself but also recommended those methods to his friends.

As a matter of fact, the 16th-century people were in much more danger than we are now. They didn’t know anything about the vaccine; all known remedies the king’s medical adviser called useless.

500 years ago, there were no chemical disinfectants, and the only method to prevent disease spread was burning the infected bed linen and clothes.

However, what was different in 1528 compared with our time?

500 years ago, people openly talked about God, expressing their faith and humility.

In the 16th century,  at every social level, people understood their dependency on God. They also were aware that every sin must be punished, i.e., the Universal law of cause and consequence (Karma) was well-known then.

The King of England Henry VIII, staying on his knees, makes the following pray:

“It’s well known that sickness is a visitation from God and a punishment for sins.”

He meaningfully calls God “Father” and asks if the pestilence is his own fault, humbly asking for forgiveness and blessing.

Thomas More, a lawyer and the king’s closest advisor, has similar praying together with his family.

Where have the Spiritual values disappeared?

During the current pandemic 2019-2021, there was no single word said about the Higher Divine Powers from any politician leader.

There was no single encouraging speech about the Highest Intangible Values such as Hope, Courage, Unity, and Humility from any media channel.

There has been no advice about the human immune system and its improvement from any politician.

Coming to the Spiritual Values, during COVID-19, we face the following:

–  The total absence of God

–  No Recognition of the Higher Ones and their Power

–  Silence about the Universal Law of Karma, i.e., the Law of Cause and consequences.

Such lack of spirituality is terrifying…

These matters were outsourced to the organized religion a long time ago?

But how about the responsibility of a leader? Responsibility for your own life ( and eternity of your soul) and your nation, which trusts you as a political leader and pays you a more than sufficient salary from their earned taxes?

Your political term is short, and your comfortable pension is guaranteed?

Indeed, the earthly math is simple; how about beyond? Beyond your current mortal life? Do you care about that?

Outsourced to the medical system?

The doctors are also silent, as they are all overloaded with patients.

Karmic Law is not for you?

Ignorance of the law is not an excuse.

If all matters above are outsourced to others, what is a modern political leader‘s payback to the people who invested in him?

This sheet can continue…

But the most important is a lack of compassion and encouraging words to the people. The terms that would provide hope, a feeling of unity, a sense of opportunity for spiritual growth, and transformation of the problem into a challenge.

We have to remember – we are not only flesh, but we also are Spiritual Beings, and that any true political leader must remember that for the sake of his own soul and souls of others!